Medical Debt Responsible for Two Out of Every Three Bankruptcies 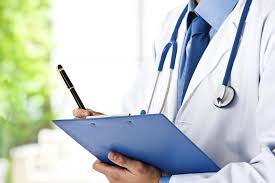 Many people in Arizona have medical debt.  Many of these people will end up filing for bankruptcy protection because of medical debt.

Arizona residents who have had health emergencies likely can appreciate that medical bills are a factor in approximately two-thirds of all bankruptcy filings across the country.  Medical treatment costs continue to rise and few can afford the cost of the high medical bills.

A study that contained this information was published in the American Journal of Public Health on Feb. 6, 2019.

For the study, a research team surveyed 910 random U.S. citizens who filed for personal bankruptcy between 2013 and 2016. They found that medical expenses ruin the finances of around 530,000 American families every year. They also found that around 66.5 percent of all bankruptcy filings were at least partially attributed to unpaid medical bills. The study is the first to explore the association between bankruptcy and medical bills since Congress passed the Affordable Care Act nearly nine years ago.

According to the lead author of the aforementioned study, who is on the faculty at both the Harvard Medical School and the City University of New York’s Hunter College, the findings show that most Americans could be forced into the poorhouse after suffering just one major illness. He also said that health insurance provides inadequate protection because of co-payments, deductibles and other loopholes that push health costs back onto patients. The authors concluded that, while bankruptcy can help bail people out, the best long-term solution would involve changing the way Americans pay for health care.

Individuals who face overwhelming medical bills and other types of debt could help themselves by consulting with an Arizona bankruptcy lawyer about their medical debt situation. The attorney could carefully assess the details of the case and suggest ways to stop creditor harassment and obtain debt relief.
One possible solution to medical debt could be to file chapter 7 or chapter 13.  Discharging your medical debt could alleviate your debt and get you on the road to financial security. Not only will bankruptcy discharge your medical debt but it will also get rid of several types of unsecured obligations.
On behalf of Arizona Bankruptcy Lawyers at Chapter Bankruptcy Law, posted February 24, 2019.
michael2019-12-20T17:14:17+00:00Uncategorized|